A Natural Enhancement to His Community and Sport 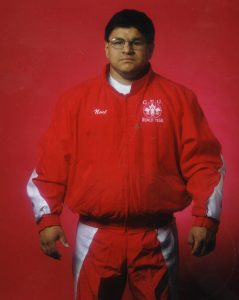 Seymour Doucette was inducted into the Mi’kmaq Sports Hall of Fame in 2016, in recognition of his hard training and achievements in Power Lifting.
Doucette turned his life around in 1992, when he was hospitalized and warned by doctors that he had to stop abusing drugs. He led a healthy and drug-free life afterward, knowing that if he didn’t he wouldn’t make it to 30.

Seymour started weight training and learned he was a natural. Weight training became Doucette’s new addiction; the adrenaline high that he got while trying to exceed his goals and limits. Those goals extended himself to gaining national records and competing internationally.

Seymour Doucette began competing in 1993, just a year after sobering up and starting his new lifestyle. Doucette knew he needed to learn the proper form to lift heavy weights and win in competitions. He adapted his techniques to incorporate proper form and began winning titles. Each competition gained him the top spot for his weight class. Seymour was known to lift 470 pounds, without applying the proper form.

Doucette fought accusations of performance enhancement drugs with an ironic laugh. His sober lifestyle included staying away from all drugs, including steroids, performing as an athlete “au natural.” 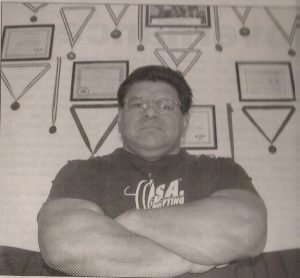 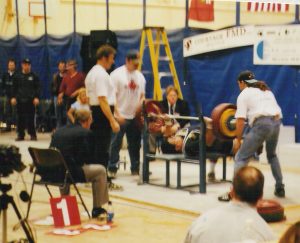