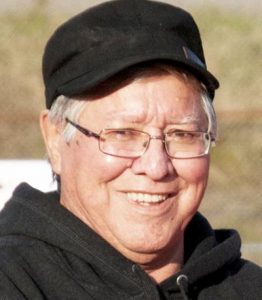 Russell Marshall was an instrumental part of the team of people who organized the first Mi’kmaq Summer Games in 1977, and the Nova Scotia Invitational Indian Juvenile Tournament, over 40 years ago. The tournament is now known as the Wallace Bernard Memorial Native Hockey Tournament.

Russell strongly advocated, throughout his life, for Mi’kmaw culture, language and self-determination. As a proud member of Potlotek and served as a councillor for many years.