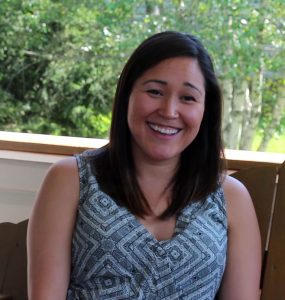 Sara-Lynne was inducted in 2016 for her achievements in Taekwondo.

Her father was an RCMP officer and encouraged Sara-Lynn and her siblings to learn self-defence. In their search for a kickboxing class, they discovered their first Taekwondo class. Starting as a means to stay active and physically fit, Sara-Lynn and her family didn’t expect turn into something much bigger. They toured around the Atlantic provinces, then Canada and eventually Internationally.

Sara-Lynn’s family and community were extremely supportive during all the competitions. Making them proud of her, was a reward, but Sara-Lynn enjoyed winning, and win she did.

At 16 years old she won the North American Indigenous Games, competed internationally at the Pan American, and World Championships. She contributes her success to the ongoing support and motivation provided by her family, friends and community.

“I had to make sure that I prepared to the best of my ability, because in a competition you don’t know who you’re going to come up against, or what skillset you’ll need, so you had to almost over-prepare.

I think the motivations, besides myself, were my family and my community. It was my family and community investing in me. I remember in Miami when I won the World Open Tournament, I felt proud. But, when I got to call home and tell them, that was when I had my proudest moment.”

Sara-Lynne continues to give back to the community through her involvement as a coach and advisor on many athletic committees.

“In terms of becoming active or getting compete at an elite level, is to work hard. Don’t be afraid to make mistakes, that’s how you learn. Everyone says that, but it’s a scary thing to try something new. But if you don’t try, you won’t know. Don’t be afraid to say yes, to take opportunities, because that’s how you grow. That’s how you grow in the sport and how you grow as a person. Try new things and work hard it. If you don’t get it the first time, that’s ok. You’re going to learn from those mistakes and get better.

Don’t be afraid to ask other people for help.

Encourage youth to make sure that they give back to the sport and to the communiyt, because nobody gets somewhere on their own.

They always have support and i think it’s important to keep that cycle going. Because you never know where someone will go.” 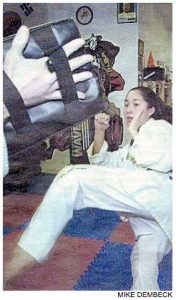